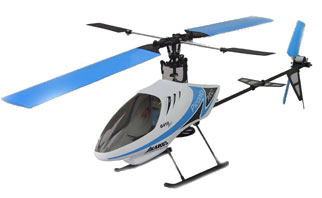 Latest news from the MicroHeli world

News from around the Micro-Heli World will be posted here as it comes to hand.  Articles are listed in 'latest to the top' format.  If you have any Micro Heli News that you think should be here, please contact me

Modeltek, producers of the highly acclaimed AH-1S "Card Cobra" have done it again!  Nigel has been busy designing and creating his latest offering, the AH-64 "Card Apache" .

The Modeltek Card Apache is a highly detailed semi-scale body, primarily intended for the Ikarus ECO and FUN Piccolo, in either fixed pitch or collective pitch variants.  The fuselarge is constructed from light card, foamboard and acetate, and weighs only 40g completed.  Other micro-helis may be able to be accomodated with some modifications.

As with the Card Cobra, you purchase the instructions and plans from Modeltek for a nominal $10.00US charge.  You then purchase the raw materials from local suppliers, and then print the design onto your light card stock, foamboard and acetate using a colour printer.

Because the AH-64 is a wheeled helicopter, you will also need to purchase wheels if you don't have them in stock.  For those of you that don't have a handy local model supplier, Nigel has thoughfully supplied links on the Apache webpage to a suitable supplier for these items.

Release date for this model is unknown, but the web page is up at Modeltek AH-64 Card Apache and the bottom of the page advises that it is "Coming any day now..!! "

Considering how good the Card Cobra is, we're really looking forward to that day!

You can also view a video of the machine in action at http://nyip.net/~hoverup/videos/ - thanks Boyd!

The all new Hornet II mentioned in an earlier story is now available.  It is competetively priced, with the 'street price' settling at around $215.00 US.

We have purchased one of these machines from DeeTee Enterprises and a full review is now available on this site on the MS-700 Hornet II review page.

Thanks again to Dennis at DeeTee Enterprises for his excellent service in getting this heli to us as soon as possible.

The PMP Pinnacle will be a high-quality all-machined micro heli of a similar size to the Hornet / Piccolo / Hummingbird / Dragonfly.

Final details of the machine are not fully revealed yet, but you can view pictures of a prototype at the bottom of PMP's News Page.

If really can't wait to get started on one of these new machines, Warren has made the frame set available as a separate item, which can be viewed and purchashed on PMPs Pinnacle Page.   A nice feature of this is that the Pinnacle main frame can also be used as the basis for your own hybrid home-design microheli.

Thanks to Warren from Precision Model Products for the heads-up on this.


Back to Top of Page

MS-Composit are about to release a new addition to the Hornet line-up - the Hornet II.  The Hornet II will be a little larger than the previous Hornet and CP Hornet, coming in at 510mm fuselage length, with a larger rotor diameter of 560mm. The overall length including rotor disks will be ~680mm. Motive power will still be provided by the ever-popular Speed 300 series motor.  Although the head assembly will remain the same as the Hornet CP, the list of changes are more than enough to qualify this as a whole new machine.  Changes include:

For more pictures and information see the Hornet II page at MS-Composit's site.

Thanks again to Dennis at DeeTee Enterprises for the heads-up on this news article.  Dennis also advises that stock should be coming available in November / December of 2003.

Along with the announcement of the the all new Hornet II micro heli, MS-Composit are also about to release an update and name change for their venerable Hornet CP microheli.

While retaining the same dimensions and layout of the original Hornet CP, the updated Hornet CPX will feature a number of key improvements over the earlier model.  These include:

This represents a good upgrade incorperating many of the 'wish list' features that Hornet flyers have been asking for.

The improved Hornet CPX should be coming available in November 2003.

Thanks to Dennis at DeeTee Enterprises for the heads-up on this news article.

GWS, long time manufactuters of Radio Contro Equipment and models have just released their first MicroHeli.  Called the Dragonfly, the machine is in the same size class as the Ikarus Piccolo and MS-Composit Hornet.  The Dragonfly has a rotor diameter of 510mm, a length of 503mm and weighs 280g and uses a fixed pitch rotor head..

The Dragonfly is supplied in three configurations.

A base kit including motors, mixer, speed controller, and GWS PG-03 Gyro selling at $180US

A ARTF (almost-ready-to-fly) version with all of the above, plus flight battery, battery charger, transmitter, reciever, servos and crystals for $300US

A fully assembed and factory configured version ready to fly straight out of the box for $350US.

For more information, specifictions, and photos please go to the GWS Dragonly web page on GWS's website.
Back to Top of Page

It gives me great pleasure to announce that the ProNet will be visiting our fair shores as part of its world tour.

At this stage the itinerary for the New Zealand visit is tentative.  This website, along with Christchurch Micro-Helis will be hosting the first part of the ProNet's tour of New Zealand.  We'll be taking the Pro to visit some of it's brothers and sisters at the Christchurch Micro Heli weekly fly-in.  We'll also be visiting some of Christchurch's landmarks, and hopefully some of the South Island's scenic locations.

From there we are hoping to get it up to Auckland for a look around the North Island, before it heads off again.  From New Zealand, we are working on an Australian visit, and from there onto Hong Kong. There are rumours that Hong Kong is going to act as a base camp for an attempt on the Great Wall of China!

We don't have any indication at this stage about when the ProNet will be arriving.  Right now, it's on its way to Chicago, its last US stop before jumping the Atlantic Ocean to Europe.  How long it will be in Europe is anyone's guess, but we have been advised that NZ will be the next port of call after Europe.

I'll post more information as it comes to hand.

Well the ProNet has now arrived at it's latest destination.  Here's the header quote for this latest leg of the continuing journey..

" Since we left, we've flown North East for another 900 miles to Oakville, Connecticut. The new pilot at the controls is Erez  Eller. It's been over  three months since leaving Victoria, and we've traveled a total of 8,400 km so far. Our mission in Connecticut is to touch base with the name that started it all, Sikorsky Helicopters, located in Bridgeport.  Here we are inbound to the famous Sikorsky Button, where the biggest and best have touched the same tarmac as we are about to do ... "

8,400 Km so far! That's a well traveled Micro Indeed!  Read more about this latest visit at Connecting in Connecticut ... on the Pronet site.

The ProNet World Tour is the brainchild of Dana (LostHorizons on the Ikarus BBS).  Dana has constructed a hybrid MicroHeli which will be flown by Micro pilots all over the world.

The incredible journey starts in Victoria BC with ProNet making it's departure flight to California where it meets with some of its larger brethren, and takes flight along many of Hollywood's landmarks.  Since then the Pronet has visited, and flown in both Texas and Virginia.

You can find out more about the machine,  the tour, and the man behind it all at Dana's ProNet World Tour site.  Each visit is accompanied with pictures and videos of the ProNet strutting its stuff at each location.